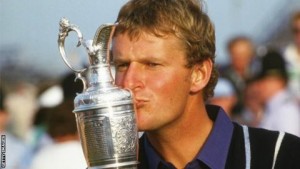 I became a Sandy Lyle fan back in 1985 when my Dad hurled some Scottish obscenity (a touch worse than bawbag) at the big fella when he fluffed his chip at the side of the 18th green in the final round of the Open Championship – at the time I couldn’t understand why he was not rooting for him but later I would understand how incredibly frustrating it is to cheer on the amiable 58 year old. Of course he would go on and become the 114th Open Champion and three years later the 1988 Masters Champion.

I have been fortunate enough to meet Lyle on a couple of occasions and each time he has been extremely welcoming, very patient and, above all, an absolute gentleman. It’s the main reason why I have enjoyed following his career so much – there are no temper tantrums on or off the course (I’m ignoring the fallout with Montgomerie over the Ryder Cup which was blown out of all proportion) and he appears to enjoy much admiration among his fellow pros. The frustration comes from backing the Scot on the course!

Back in 2007, TipAndWin was lucky to be involved in a benefit dinner for Lyle which was held during the Open Championship (won by Padraig 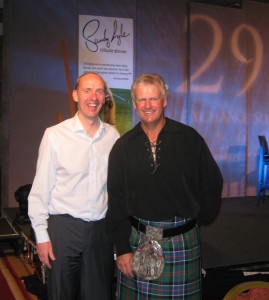 Harrington – another gent on and off the course – see below) and we were tasked with putting together some facts and figures about Lyle’s career from a betting angle. A £10 e/w bet on Lyle on his career to that point returned a substantial profit and whilst we (okay me) followed Lyle religiously on tour from a betting viewpoint in all the bigger events like the Masters, the Open and the Senior Majors, with one win and four top 5s in the subsequent years let’s just say that the well has run somewhat dry. That hasn’t stopped me following him on the course whenever he is in Scotland and over the years I have accumulated a signed ball, hat and book although I am now of a certain age when approaching sports people for autographs is viewed a little oddly these days…… that and the 100m exclusion order he took out against me in the early 90s has prevented me adding to my collection.

HOWEVER all our betting losses are about to change this week as Sandy Lyle will win the 2016 Masters at the astonishing price of 7,500/1 (yes he’s 7,500/1?!) – okay mibbee not but we are hoping to recoup some of our pennies this week.  Here are some of the markets were Lyle can be backed this week…..

Okay so we’ve not lost the plot entirely…. we will not be backing the big man in any of these markets however we will be sticking the weekly betting money on him in two categories. 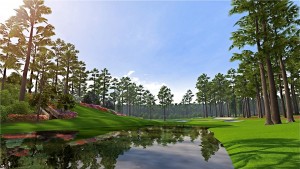 To Make The Cut @ 7/2……… this will be Lyle’s 35th appearance at Augusta and he has made the cut on exactly 50% of those occasions including twice in the last three years….. we’re more than happy to take a 50% chance on our cash coming back more than threefold. 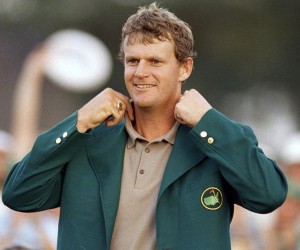 discover that there is no Marc Warren, Stephen Gallagher, Richie Ramsay, Martin Laird and Paul Lawrie. Its just Lyle and Russell Knox.  In a two-man field Knox is 1/25 and Lyle 10/1?!  Russell Knox has never seen Augusta National is his life and debutants rarely fair well here, Lyle has over 35 years of experience of these beautiful surroundings and notoriously slick greens. Neither player arrives in form, Knox 56th at the Valspar Championship and Lyle 53rd at the Chubb Classic, so we think the veteran’s experience will win the day and we’re definitely happy to give our cash a run for its money at 10/1 in a two man field! 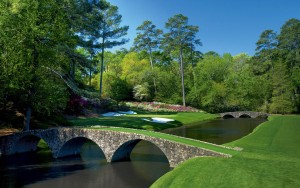 Regardless this is one of the most exciting weeks of the golfing year, although the Open Championship just edges it for me, and I look forward to watching Sandy Lyle tee off on Thursday at 1.53pm with Knox hacking his way round 4 hours later…… no offence Russell.

*said hello to Harrington in a hotel gym in Dubai about 10 years ago and later that evening in the hotel restaurant he passed by with his wife and then returned a minute later to introduce her to my wife and I …… a touch of class.  Met Darren Clarke on the same holiday…… but don’t get me started on that bawbag.

Rants are posted below!